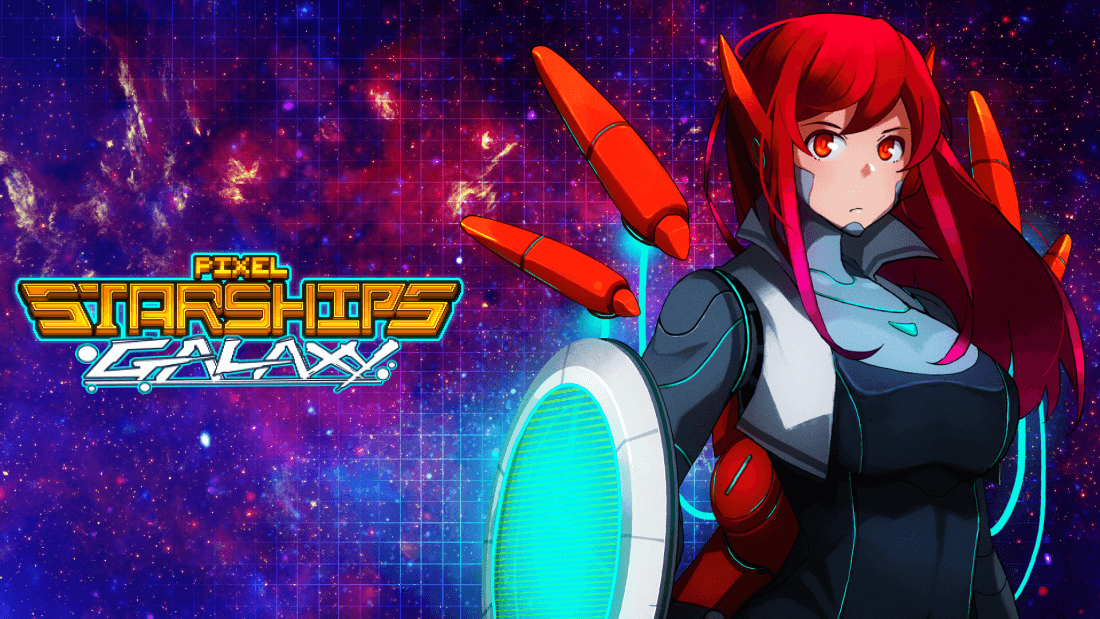 Our studio director here at SavySoda, Xin, recently participated in a short Q&A session to cover some of the most upvoted questions from the Discord Community.

This session was held in a live video chat format and was generously hosted by Apex – our lead Moderator from the Official PSS Discord. You may have even spotted Apex in-game!

Players are being faction locked into a Captain/Superweapon with no foreknowledge of the meta and possible avenues to min/max their ship strategy, yet this is heavily constricted by the Captain/Superweapon they chose at beginning of the game. Because of this players are feeling confined at endgame due to an unchangeable ‘poor’ choice they made many months ago. Which has fostered discontent in the game. Now knowing this, what is your reasoning for not entertaining avenues for players to alter these elements?

This is because we want the strategies to be more dynamic. If we have different factions with different weapons and technology then we are going to have more variants in gameplay. So I think that part is going to stick around. We are probably going to be doubling down on that at some stage, with more faction-specific weapons. But there is definitely a problem with communicating that with the player early in the game. So, we are going to work on something to make that clearer.

We will probably introduce another faction-specific weapon at an early stage in the game because we don’t want to put all this information in tutorials. Nobody wants to read more tutorials or descriptions when they are trying to pick a player. But if we do it in a natural way it is not going to be a big surprise when people get to level 12.

How do you feel about the current balance of superweapons?

Since we started adding the superweapons, pretty much in the first week there have been concerns about one being more overpowered than the other. In the back end, we have data analytics in play, since each weapon behaves differently it is very hard to say which one works better or worse. What we do is analyze win and lose rates for those weapons, then use that data to average out all their other differences in the game and group it by the type of weapons the top-level players are using.

We always monitor their win/loss rates and they have been kept pretty close to each other. Whenever they are far apart that is when we do a rebalance. We check this proactively, every 2-3 months we have a look at it. So far it has been pretty close. We can’t just look at that data, because when one weapon gets unpopular, fewer people use it.

It’s gotten to the point where people are now openly boasting about their ad bot farms in public discords, from a player perspective nothing whatsoever has been done about the rampant bot abuse. As a result, the economy is in a sorry state and these same players have been advertising in-game selling Starbux for a while without any consequences. What do you intend to do to resolve the ad bot abuse?  & Does Savy even consider 3rd party Bux buying an issue? If not, why?

This has been a long-term headache for us. It is something we want to address. There are a number of ways we can address this. Botting and being able to create Starbux out of the thin air is one of the biggest issues for us. We have spent heaps of time creating detection tools, preventing the Starbux from being transferred. We have added many layers of verification before you can use the market or even chat. Early this week I did additional optimization.

I think a lot of those bots are again unable to generate any more Starbux. We have to do this in waves because these bots are run by really smart players. So every time we make a countermeasure, they get around it in a couple of weeks or months. We don’t want to make the game less enjoyable to play because other players are abusing the system.

We are doing everything we can to eliminate this abuse. Whenever these are reported, if we can verify their bots we obviously ban those accounts. This has been happening for the last five years, on a monthly basis. We definitely consider this an issue that affects sales; it affects the perspective of players on the game. There are probably not as many illicit Starbux as players make it out to seem, because we look into these reports but we also detect these early to close any loopholes.

The bot farms will think of some other ways around it. What we could do is turn off ad blimps but that would affect normal players. We are going to work more towards making it harder for bot farmers or make it not worthwhile for a bot farm.

We can not detail too much because it can be used to avoid detection. We do review the data weekly. With the rise of bot activity, we have been working with newer machine learning tools to make sure we are not engaging in an arms race. The biggest goal/concern is that we do not want it to affect normal players’ gameplay experience.

The problems we discuss usually land on where all these funds end up (after Market trades), the actual player accounts that get them, and how we don’t want any negative action against that player. At the end of the day, they are not the ones providing the service, advertised automatically, from funds earned via automation.

We will make an official statement soon. As far as we stand our TOS is that automation is not allowed, so that is where we take action. As you have noted, we are aware that a couple of users have been using this service. Obviously, we do not want this, but this is mostly because it brings on account security risks.

We have had a lot of issues with players losing their accounts when they engage in these services. Realistically we will be continuing to do our best to stop them. We just need to let the community know where we stand officially.

Any comments on editable seniority and its timeline in terms of implementation? If it is not in the timeline for implementation, why is that the case?

We are aware that this is an issue, but we have not come up with an elegant solution. We are working on it.

As a new player, I find testing layouts and AI very frustrating and annoying. Sometimes I dream about a way to save and quickly load different layouts in-game, or some kind of testing environment to fight against AI opponents that we can customize. Will there ever be a way to save layouts in-game?

When is the next Kickstarter?

Do you plan on hiring more developers for Pixel Starships? Do you have any plans to expand the PSS team in the future?

As a studio, we are always running at full capacity. We spend most of our income on expanding our team of developers and artists, and we have grown into a bigger team. We will have more information to share later on about this.

Do you believe the current rate of development/bug fixing is satisfactory?

The development is something we have been quick on and getting new features out. Every 3 months there is something interesting and new. Bug fixing and stability have always been weak points for us, ones that we are working to improve. We have introduced dedicated bug days to try to tackle this issue, with very positive results so far.

Where do you see Pixel Starships in the next 5 years?

When can we expect smaller Fleets?

You know it is pretty easy for us to make that switch, we have talked about it. We have debated on when to do it. We have some changes to announce and in 2023 we’ll have the capabilities to do something about fleet sizes.

When will the 2021 annual prize for the top 100 players be awarded?

They’re in the office, they just need to be shipped out. We recently began gathering player information, so they can be dispatched. We have had a lot of issues with shipping both during and after Covid. Since we are based in Australia, it is quite expensive and problematic to ship to certain places. As an unfortunate result, we have had to ask that players wishing to receive these goods cover shipping costs.

Will there ever be a rework of the “old” Legends like SCV, Reaper, Pinkzilla & Silver Paladin?

We are always able to adjust those and Toma has been looking into this already.

LLPvP is now a month-long tournament where you can’t miss a day, and if you do, there’s no point in bothering to try to place. This has led to a situation where people simply exist within the league and don’t remotely try or care about it. We (the player base) have been told LL has increased engagement across the game, what metrics do you have to support this, and are they conducive to the long-term health of the game?

We have tweaked LL quite a bit, since its introduction. Kildare has a plan for this since there is a concern that LLPVP is more like a role call/attendance list for each day. We are aware of this and are investigating – but we cannot comment too much since the changes may or may not happen in a timely fashion.

Are there any plans to add a proper daily Starbux source aside from ads? Ads are the root of many issues, from player retention to alt/bot abuse; toning down their importance would likely increase both player engagement and reduce alt abuse.

I agree, we do care about our free-to-play players but there are a lot of ways to add those additions and they will still get botted. The biggest issue for us is ads that don’t work correctly, we just want to make sure that ad providers we use don’t have players experience an app crash or some type of crazy ad they should not be shown.

Reason for the current rate limiting on ads?

2 reasons why it is occurring:
1) It is being rate limited on Android at this stage, which has to do with their network causing crashes on the app. So to make it less of a problem – they are being rate capped.
2) To address this ad farming and abuse.

We are going to change the way that the ad blimps are shown and controlled to address these 2 issues.

Will there ever be an additional teleport room added to the game?

Pixel Starship is designed to be a very dynamic strategy game, so there should be a lot of viable strategies, especially toward the mid and late game. Single teleport is not viable to have as a strong late-game strategy; because you’re technically bottlenecked compared to other late-game options. Same as the hangar at this stage. So yeah, for both the hangar and teleport room we plan to add second support for both versions. That has been conceptualized and worked on for release as soon as possible. We have a lot of changes to address the meta. Not just at the end game but as players progress – without there being a massive gearing requirement or time/resource investment.

How close is Savy to being out of beta?

About a year and a half.

Thanks again to Apex for organizing this session for the players! Thank you – to all of our moderators – for the amazing job they do for players on both Discord and reddit.

We hope to have more opportunities to work with the community in the near future.